October 16, 2010 - A crowd of demonstrators yells outside after a campaign rally for Governor Deval Patrick at Hynes Convention Center on Saturday in Boston, which featured President Barack Obama. The group was there to protest AIDS funding and members of the demonstrators interrupted Obama during his address, to which he responded, "I would suggest to the folks who are concerned about AIDS funding, take a look at what the Republican leadership has to say about AIDS funding." Photo by Lathan Goumas. 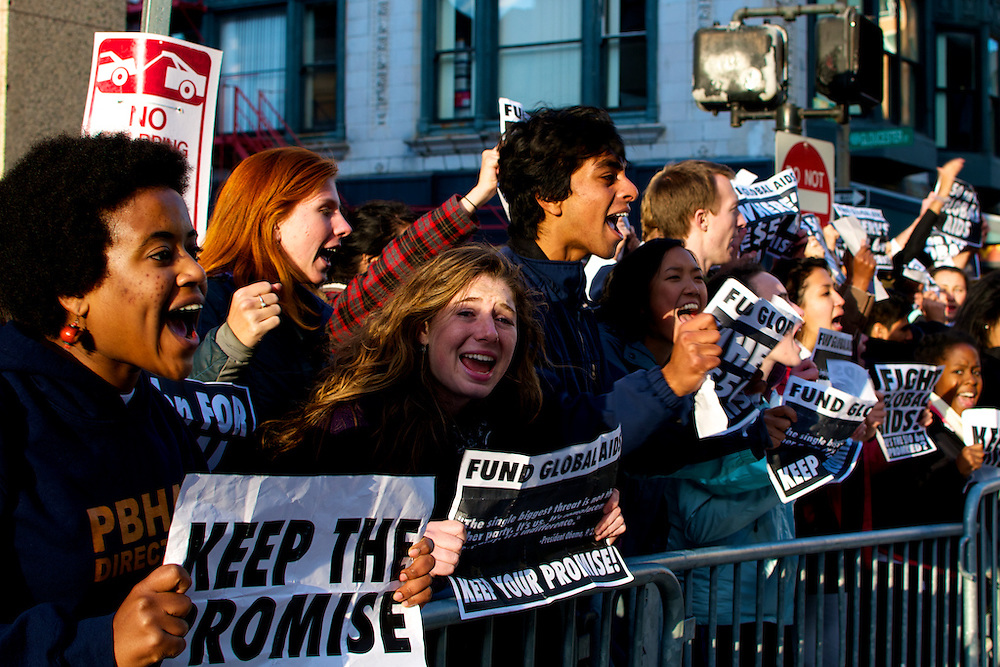