Lathan Goumas | MLive.com..Father Steve Mattson, of St. Mary Queen of Angles Catholic Church, speaks during a protest rally at St. Matthew's Roman Catholic Church in Flint, Mich. on Friday June 8, 2012. Hundreds gathered at the church to protest a healthcare policy of the Obama administration they believe forces religious institutions to pay for health services that contradict their beliefs. After a rally at the church protestors marched to the federal courthouse in downtown Flint. 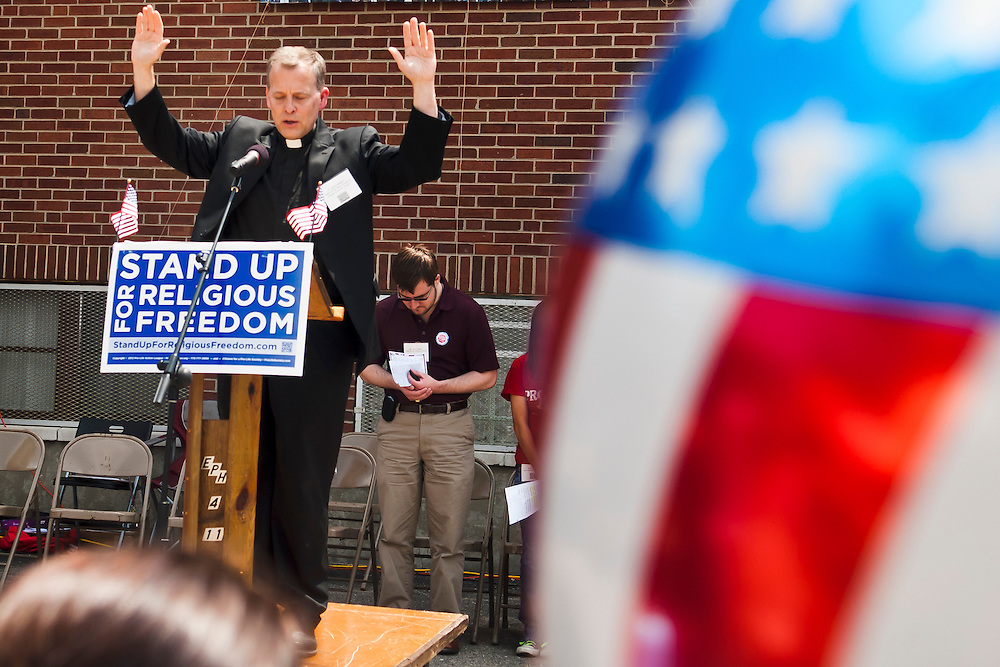