October 16, 2010 - A crowd applauds President Barack Obama after listening to him speak during a campaign rally for Governor Deval Patrick at the Hynes Convention Center in Boston on Saturday. During his address Obama compared the United States to a car that had been driven into a ditch, which Democrats were trying to push out. "I thought Obama's story about pushing the car out of the ditch was great. We should keep it in drive," said Andre Mastey, a Democrat who attended the event. Photo by Lathan Goumas. 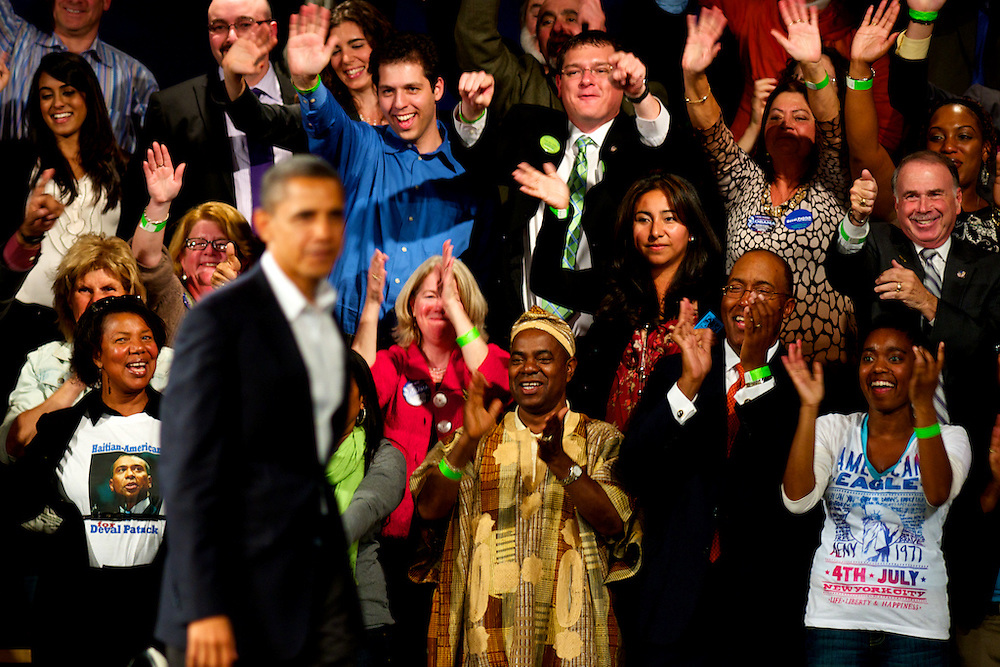