October 16, 2010 - Michelle Jordan, a high school administrator from Dorchester, uses the phone while waiting to enter a campaign rally to reelect Governor Deval Patrick held at Hynes Convention Center on Saturday in Boston. Jordan said she had been in line since 6:45 a.m. for the event, which featured an appearance by President Barack Obama. She said of Obama, " He's doing the best he can with what he was dealt with." After the event Jordan said, "He is so real. Everything he said was so true." Photo by Lathan Goumas. 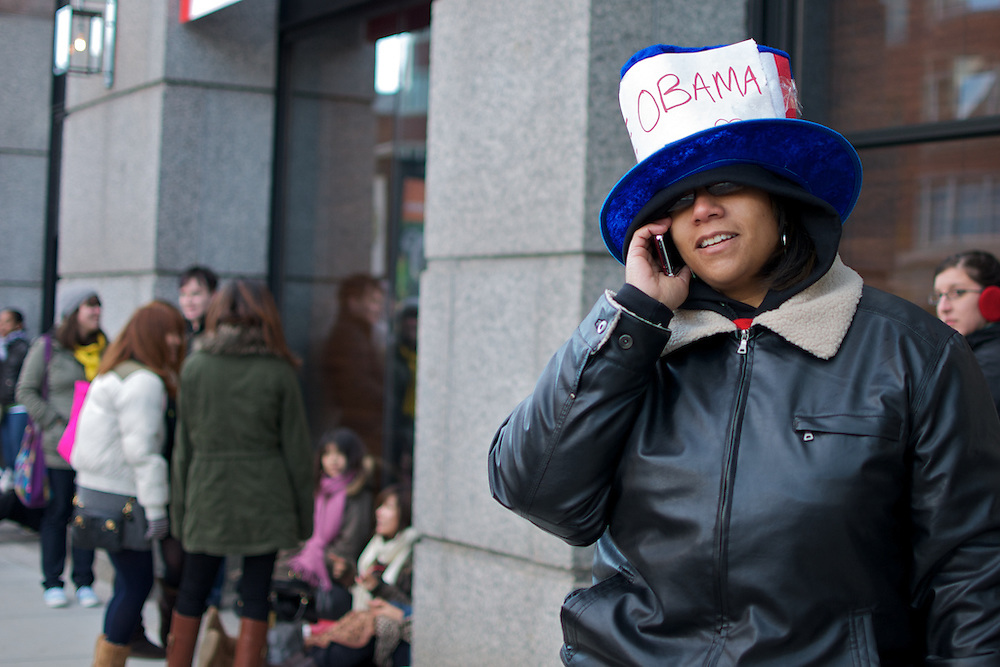