Lathan Goumas | The Bay City Times..Bay County Chief Assistant Prosecutor Nancy E. Borushko gives her opening statement during the trial of Patricia Kreiner at the Bay County Courthouse in Bay City, MI. on Wednesday December 14, 2011. "You will be able to find, beyond a reasonable doubt, tat between March 5 and March 6, 2011 the defendant sexually penetrated (the victim)," Borushko stated of Kreiner, who is charged with one count of first-degree criminal sexual conduct with a victim younger than 13. 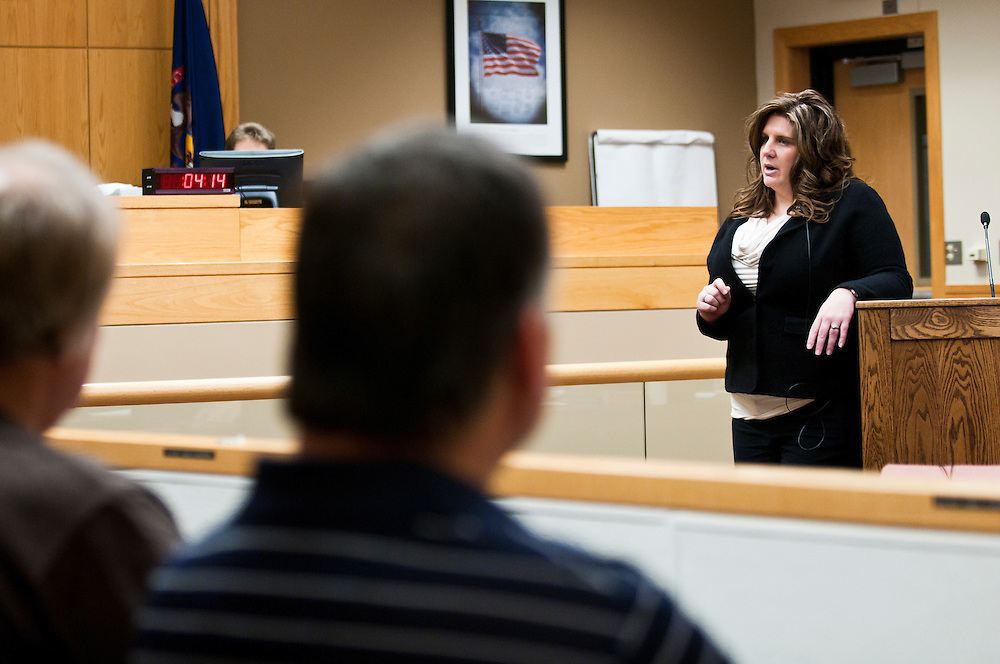